Though he is the last surviving original member of The Temptations, Big "O", at least to me, has always been somewhat in the background. That's why I'm delighted to feature him now, in the lead..and indeed, that's where he belongs.

Williams was born Otis Miles in Texarkana, Texas, the son of Hazel Louise (née Williams) and the elder Otis Miles. He was primarily raised by his grandmothers in the town of Texarkana, Texas. At age 10, his mother moved him to Detroit to live with her and his new stepfather Edgar, and he began using his mother's last name at this time.

Williams became interested in music as a teenager and put together a number of singing groups, among them Otis Williams and the Siberians, the El Domingoes, and the Distants. The Distants had a local hit, co-written by Williams and manager/producer Johnnie Mae Matthews, called "Come On," with lead vocals by Richard Street. Future Distants recordings were not as successful, and after an offer from Berry Gordy of Motown Records, Williams and his friends/bandmates Elbridge "Al" Bryant and Melvin Franklin quit The Distants. Williams, Bryant, and Franklin later joined Eddie Kendricks and Paul Williams (no relation to Otis), formerly of the Primes, to create the Elgins, who signed to Motown in March 1961 as The Temptations.

The Temptations eventually became the most successful acts in black music over the course of its nearly five-decade existence, over which time notable singers such as David Ruffin, Dennis Edwards, former Distant Richard Street, Damon Harris, Ron Tyson, Ali-Ollie Woodson, Theo Peoples, Ray Davis and G.C. Cameron have all been members. In fact, the group's lineup changes were so frequent, stressful and troublesome that Williams and Melvin Franklin promised each other they would never quit the group. Franklin would remain in the group until in 1994, when he became physically incapable doing so. Franklin died on February 23, 1995, leaving Otis Williams (then 53) as the last surviving original member of the Temptations quintet.

Williams is the co-author, with Patricia Romanowski, of Temptations, a 1988 book that served as both his autobiography/memoirs and a history of the group. In 1998, Temptations was later adapted into a NBC television miniseries, The Temptations. Over the years fan opinion of Williams has been mixed, with some criticizing him for what they perceive as jealous insults against his former bandmates in his books while others defend him for simply trying to be honest about the problems that the group suffered.

Although he has served the longest tenure in the Temptations, Williams very rarely sings lead, focusing instead on his role as the group's leader and organizer, and as the background "tenor in the middle." The Smokey Robinson-penned "Don't Send Me Away" on The Temptations with a Lot o' Soul (1967) is a rare showcase for Williams singing lead.

Williams married the former Josephine Rogers in 1961; the couple's son, Otis Lamont Williams, was born the same year. Otis and Josephine Williams divorced in 1964, and Otis Williams went on to date Florence Ballard of The Supremes, and was for a time engaged to R&B singer Patti LaBelle.

Williams was married to Ann Cain from 1967 to 1973, and married his third and current wife, Goldie, in 1983. His son Lamont, a construction worker, died in a workplace accident in 1983.

In the late 50's, Otis would put many little groups together with members dropping in and out. In 1959, he befriended schoolmate Melvin Franklin after hearing his voice on a track by The Voicemasters, and invited him to join his group, The Distants.

By early 1961, Eddie Kendricks and Paul Williams, members of a rival group, The Primes, would join members of The Distants Otis Williams, Melvin Franklin and Elbridge Bryant to form the Elgins. After auditioning for Berry Gordy and signing a contract with Motown, the group became The Temptations.

In the early part of the 1960's, the group wouldn't have any major success, but they were a group Berry Gordy believed in, and they worked hard to perfect their singing and their act.

In 1964, things turned around for the group. Group member Elbridge Bryant became a problem, and was replaced by David Ruffin. The group had their first hit in "The Way You Do The Things You Do", followed by "My Girl", their first number one smash.

Over the next few years the group would enjoy success, but trouble would begin again when David Ruffin's blossoming ego compiled with a drug problem, would force the group to dismiss him, an act that would be a major event in 1968.

Despite the change in personnel, the group would have continuing success with the addition of Dennis Edwards to the group. The music would change too, when Norman Whitfield took over most of the writing and producing.

In the early seventies, things began to crumble. Otis and Melvin prayed together, and pondered what their success really meant. There was tension between the group and producer Norman Whitfield. Paul Williams health was failing and Eddie Kendricks wanted a solo career, and in 1971, both Paul and Eddie would leave the group. It was the end of an era, and the end of the Temptations of Hitsville, USA.

Since 1995, all of the original members have passed on, and only Otis Williams remains. Through numerous personnel changes, Otis has pressed on.

In 1988 he wrote his autobiography relating the story of how it all began. In 1998 the NBC made for TV mini-series was born from the book. The highly successful mini-series, besides bringing back a flood of memories, would result in the birth of a whole new generation of Temptation fans.

But Otis put it best when he once said, "The Temptations still stand today, not in spite of those who left us, but because of them." 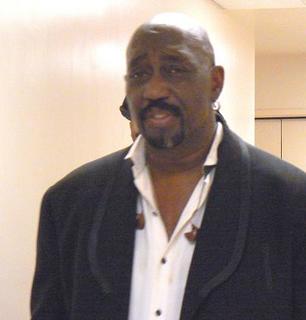 Comment by Edie Antoinette on April 2, 2008 at 10:39am
Thanks for clearing that up Logos..I didn't think that was Marv.. 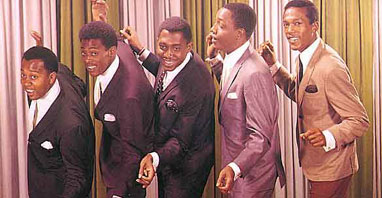 Comment by Edie Antoinette on February 6, 2008 at 8:53pm
His tie was always crooked looks like...lol

Comment by Edie Antoinette on February 6, 2008 at 8:43pm
Here's little Marlon. I didn't know his twin Brandon died of respiratory failure either... Comment by Edie Antoinette on February 6, 2008 at 8:32pm
And yes, good job! That is indeed Marv Tarplin! You on point suggah!

Comment by Edie Antoinette on February 6, 2008 at 8:31pm
ROFLMBO...and his heathen behind also said...
"The Temptations ain't NUTHIN w/out David RUFFIN.."

Bwaaaahaaaaaa...you know he gave po O a run for his money. There was something about him I never liked. My favorite was Eddie and Melvin. Po Paul..he was like the little ugly duckling like the Jackson boy--what was his name? Marlon..yep, po lil thang--but he turned out cute after a while...

Edie Antoinette updated their profile
May 19