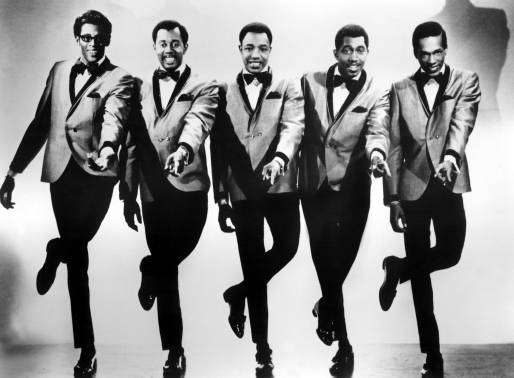 WELCOME TO THE OOTP HALL OF FAME...THE TEMPTATIONS

The Temptations were the quintessential Motown vocal group. The quintet offered a rich blend of voices accompanied by stylish, coordinated dance moves. With songs and production from some of Motown’s brightest lights - most notably Smokey Robinson ("My Girl") and Norman Whitfield ("Ain’t Too Proud to Beg") - the Temptations lived up to their billing as emperors of soul. During the gilded age of soul music in general and Motown in particular, the Temptations delivered the intricate harmonies of streetcorner serenaders and the polished choreography of a Sixties soul revue. Moreover, their story is a long, episodic one of perseverance and dedication that extends from their origins in 1961 to the present day.

The Temptations were initially formed from two Detroit-based vocal harmony groups: the Primes (a trio of relocated Alabamans that included Eddie Kendricks and Paul Williams) and the Distants (a quintet whose members included Otis Williams, Melvin Franklin and Elbridge Bryant). When the latter group lost its other members, Kendricks and Williams were invited to join the Distants, and the reconstituted quintet auditioned for Berry Gordy. Not only were they signed to Motown, but after a couple of singles on its Miracle affiliate, a new label imprint (Gordy) was created with them in mind. Still, the Temptations had trouble establishing themselves in the beginning, and by the end of 1963 - much like the early story of the Supremes - they had only a string of non-charting singles to their credit. Then singer David Ruffin entered the picture. Replacing Elbridge Bryant, Ruffin brought a raspy, gospel-style tenor and fervent showmanship to the Temptations, serving as a perfect complement to the group’s vocal blend, which included Kendricks’ high tenor, Otis Williams’ middle tenor, Paul Williams’ baritone and Melvin Franklin’s deep bass voice. They liked to refer to themselves as “five lead vocalists.”

This was the Temptations’ classic lineup, lasting from 1964 to 1968. Their career upturn began with the Top Twenty success of the Smokey Robinson-penned “The Way You Do the Things You Do” in early ‘64. Both Robinson and Whitfield vied to supply the group with hit material. Backed by Motown’s peerless studio band, a veritable in-house orchestra dubbed the Funk Brothers, the Temptations ruled the Top Forty at mid-decade with such milestones of Motown soul as “My Girl,” “Ain’t Too Proud to Beg,” “Beauty’s Only Skin Deep,” “(I Know) I’m Losing You,” and “I Wish It Would Rain.” When Ruffin left to go solo in 1968, one chapter in the Temptations saga ended and another equally successful one began. His replacement, Dennis Edwards, formerly of the Contours, could later look back on his lengthy tenure with the Temptations - which lasted through various comings and goings for 20 years - and note that he sang lead on more hits than Ruffin and Kendricks combined.

Edwards’ arrival coincided with the onset of the Temptations’ “psychedelic” period, a turn toward more contemporary sounds and incisive subject matter inspired by the likes of Sly and the Family Stone. This inaugurated the most successful run of singles in the Temptations’ long career. During the years 1968-72, the group - under the continuing direction of songwriter/producer Norman Whitfield - turned out a dizzying array of timely, funky relevant hits, including “Cloud Nine,” “Runaway Child, Running Wild,” “I Can’t Get Next to You,” “Psychedelic Shack,” “Ball of Confusion” and their masterpiece of social realism and ensemble vocals, “Papa Was a Rolling Stone.” Amid this onslaught of psychedelic soul, the Temptations also cut “Just My Imagination,” a velvety, Kendrick-sung ballad that harked back to the days of “My Girl” and returned them to the top of the charts in 1971. Kendrick left shortly thereafter to embark on a solo career, striking paydirt on his own with “Boogie People” and “Keep On Truckin’.” One new member who came on-board in 1971 was Richard Street, who had belonged to the Distants.

During the Seventies, in the spirit of that album-oriented era, the Temptations recorded some of their strongest and most cohesive long players, including Masterpiece (1973), A Song for You (1975) and The Temptations Do the Temptations (1976). In 1982, Ruffin and Kendrick rejoined the Temptations for the Reunion album and a wildly successful reunion tour. In May 1983, the Temptations’ vocal duel with the Four Tops served as a highlight of Motown’s 25th anniversary TV special.

Over the years, the Temptations suffered a series of tragic losses: the suicide of Paul Williams in 1971; the death of David Ruffin, after years of substance abuse, in 1991; Eddie Kendricks’ succumbing to lung cancer in 1992; and the loss of Melvin Franklin from complications following a brain seizure in 1995. However, the Temptations have proven durable despite the setbacks. With a lineup that includes founding member Otis Williams, the group has remained active, perpetuating what they’ve long referred to as “the tradition.”
TIMELINE

December 17, 1939: Eddie Kendrick of the Temptations is born. 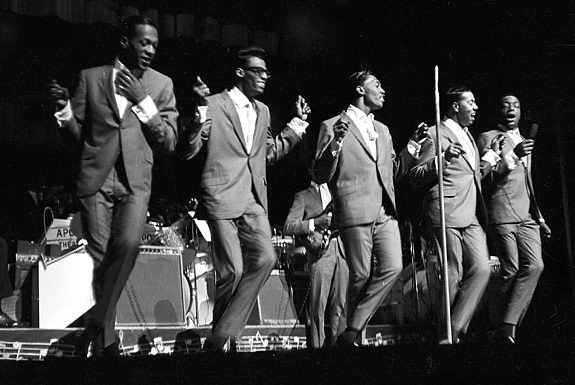 Permalink Reply by Edie Antoinette on October 7, 2009 at 4:22pm
What a great thing this is...Look at O on the bottom pic! They having some fun!!!

Permalink Reply by Edie Antoinette on October 7, 2009 at 8:20pm
Whatever it was Melvin was right with him...lol

Permalink Reply by Shelley "SoleMann" King on October 8, 2009 at 8:11am
Brother Michael, you would love my video i did of my Uncle Ricky D.....LOL 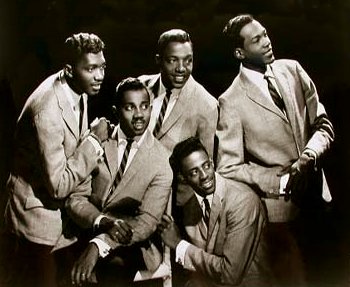 Permalink Reply by Edie Antoinette on October 10, 2009 at 4:20pm
Beautiful pic of them!

Permalink Reply by Big Papa on October 10, 2009 at 6:51pm
The classic line-up...
These brothers were awesomely gifted and blessed! They originated a style and tradition that will go on for quite some time.